C/C++ language executes program statements in a sequence. Sometimes we need to alter the flow of the sequence of statements. This is possible using branching statements offered by the C/C++ language. The programmer can jump from one part of the program to another with the help of such statements.

In C/C++, branching statements are classified into two types:

It includes the statements which work on checking the condition of giving expression to execute the code.

These statements don't check any condition to execute the code. These statements are pretty much useful to transfer the control from one block to another block over the program. 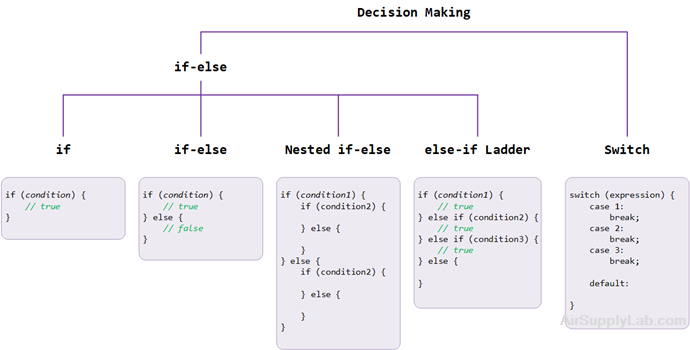 if and if-else Statement

if (condition) {
// Statements inside the body of 'if', will be executed if the condition is true
} 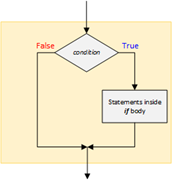 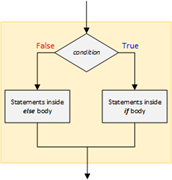 The conditional operator was invented because a particular construction occurs often in C/C++ programs and it is nice to shorten it. Here an example of the lengthy version of the code:

The program set min to a smaller value from alpha and beta variables. This if-else statement requires four lines of code. However, using a conditional operator, the code can be shorted it to :

Not all if-else statements can be rewritten using a conditional operator.

The simple way to make a decision in C/C++ is with the if statement. Here is an example of an if statement at work

Here, the if-else statement advances the day from February 28 to either March 1 or February 29, depending on whether the year is a leap year or not:

When an if-else statement is present inside the body of another if or/and else, then this is called nested if-else. 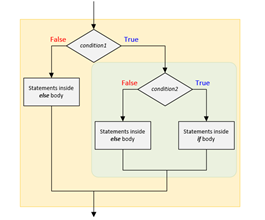 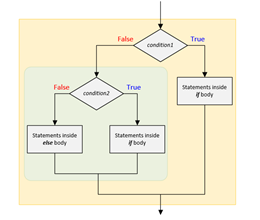 } else {
// These statements would execute if all the conditions return false
} 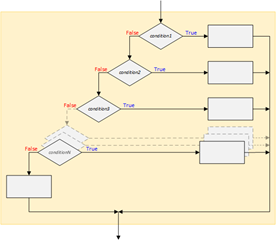 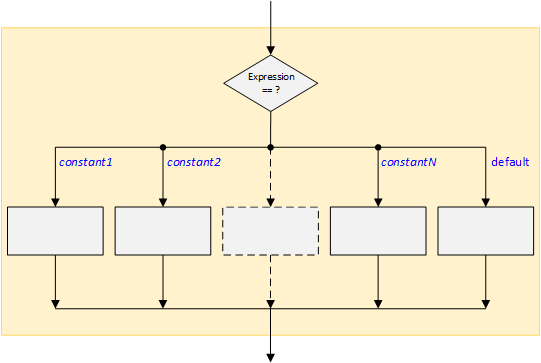 Each statement sequence may be from one to several statements long. The default portion is optional. Both expression and the case constants must be integer types.

The switch works by checking the expression aginst the constants.

You all are familiar with switch-case in C/C++, but did you know you can use a range of numbers instead of a single number or character in the case statement.

A case range behaves exactly as if case labels had been specified for each value in the given range from low to high inclusive. (If low and high are equal, the case range specifies only the one value.)

The lower and upper values must conform to the requirements of the C standard. That is, they must be valid integer constant expressions. Case ranges and case labels can be freely intermixed, and multiple case ranges can be specified within a switch statement.

Error conditions in addition to existing requirements on case labels:

Note: If an endpoint of a case range is a numeric literal, leave whitespace around the ellipsis (...) to avoid one of the dots being treated as a decimal point.

The marks obtained by a student in 5 different subjects are input through the keyboard. The students get a division as per the following rules: 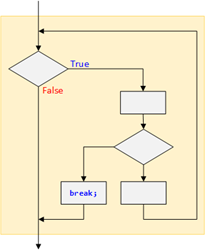 Figure 2.1: Operation of the break Statement

The break statement is often used to handle unexpected or nonstandard situations that arise within a loop. An example of break in a loop is shown below:

Here, if x is negative, the loop is terminated.

A break terminates only the for, do, while, or switch that contains it. It will not break out of any nested loops or switch statements.

The continue statement is similar to the break statement in that it is usually activated by an unexpected condition in a loop. However, it returns control to the top of the loop — causing the loop to continue — rather than causing an exit from the loop. Figure 2.2 shows how this looks. 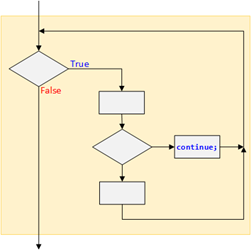 Figure 2.2: Operation of the continue Statement

Whereas the break statement causes an exit from a loop, the continue statement causes part of the loop to be "short-circuited" or bypassed while the loop keeps running. That is, following a continue, control goes back to the top of the loop. For example, the following while loop reads characters from the keyboard until an s is typed:

The call to process() will not occur until ch contains the character s.

Here is an example:

Division by zero is illegal, so if the user enters 0 for the divisor, control goes back to the top of the loop and the program prompts for a new dividend and divisor so user can try again. To exit from the loop, the user must answer 'n' or 'N' to the "Do another" question.

The goto keyword causes program execution to jump to the label specified in the goto statement. The general form of goto is:

All labels must end in a colon (:) and must not conflict with keywords or function names. Furthermore, a goto can branch only within the current function — not from one function to another.

Although the goto fell out of favor decades ago as a preferred method of program control, it does occasionally have its uses. One of them is as a means of exiting from a deeply nested routine. For example, consider this fragment:

As you can see, the variable stop is used to cancel the two outer loops if some program event occurs. However, a better way to accomplish this is shown below, using a goto:

As you can see, the use of the goto eliminates the extra overhead that was added by repeated testing of stop in the previous version.

Although the goto as a general-purpose form of loop control should be avoided, it can occasionally be employed with great success.

The return statement forces a return from a function and can be used to transfer one value back to the calling routine. It has these two forms:

In C99 and C++, the form of return that does not specify a value must be used only in void functions.

Keep in mind that as soon as a return is encountered, the function will return, skipping any other code that may be in the function.

Also, a function can contain more than one return statement.