The multiplexer or MUX is a digital switch, also called a data selector. It is a Combinational Circuit that selects binary information from one of many input lines and directs it to a single output line. Multiplexers operate like very fast-acting multiple position rotary switches connecting or controlling multiple input lines called "channels" one at a time to the output. The selection of a particular input line is controlled by a set of selection lines. Normally, there are 2n input lines and n selection lines whose bit combinations determine which input is selected. 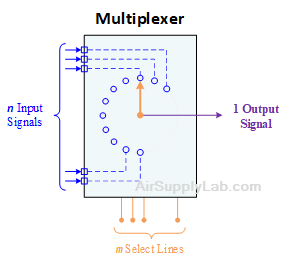 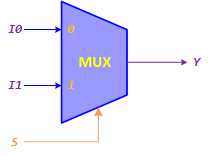 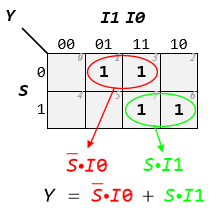 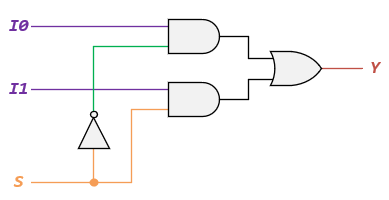 Here is a block diagram and abbreviated truth table for a 4-to-1 Multiplexer as shown in Figure 4. 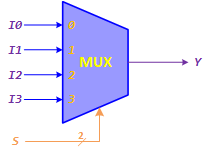