Lesson KB 02: To Understand Your PSoC 5LP Board

Before you learn about the Cypress PSoC 5LP microcontroller, you have to understand the PSoC 5LP development board you use. This session shows the location of the various components on the PSoC 5LP board and also describes the hardware interface to the external devices.

The PSoC 5LP Prototyping Kit consists of the following jumpers: 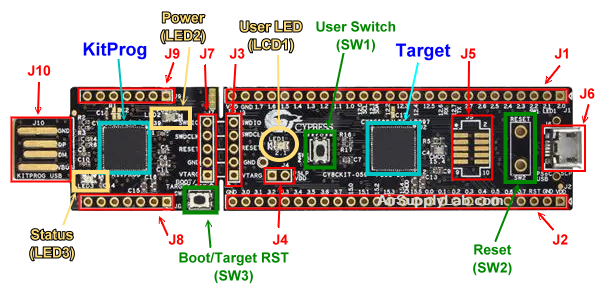 The PSoC 5LP Prototyping Kit supports several unpopulated headers on both the KitProg and the target PSoC 5LP boards.

The target board contains two dual-inline headers (J1 and J2). These headers are both 1×26-pin headers and include all of the I/O available on the PSoC 5LP device. These headers support all available ports, GND, VDD, and connections to passive elements and user-input devices.

The J1 and J2 headers support 2.54 mm (0.1 inches) spacing, so you can solder connectors to connect the target board to any development breadboard.

The pin definitions are as follows: 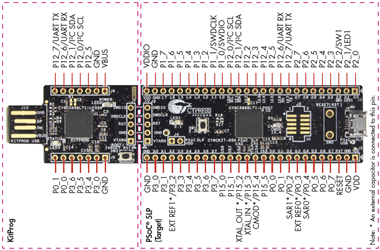 The target PSoC 5LP board contains a single push button connected to the P2[2] pin on the PSoC 5LP device. This button is a negative logic input and can be used for general user inputs or to control different states in an application.

Figure 3: Push Button on the Board

The KitProg board contains a push-button connected to the XRES pin on the target PSoC 5LP device and P12_4 of the KitProg device. This button serves two functions:

Figure 4: Reset/Boot Button on KitProg board

The target board also provides a footprint for a through-hole switch, which can be used to reset the device when the two boards are separated.

Figure 5: Reset (RST) Button on the Board

When the KitProg and Target board are separated, you can mount the SW2 button on the target board to reset the PSoC 5LP device using a switch.

LED2 indicates that the PCB USB connector powers the board. LED2 will not light when the board is powered from the micro-USB connector, VDD or VTARG directly.

This is the user LED connected to P2[1] of the target PSoC 5LP device.

The PSoC 5LP Prototyping Kit has seven capacitors, which are used when ADC operation at high frequencies, CapSense, or an external 32-kHz crystal oscillator is required in the application.

The KitProg is an onboard programmer/debugger with USB-I2C and USB-UART bridge functionality. 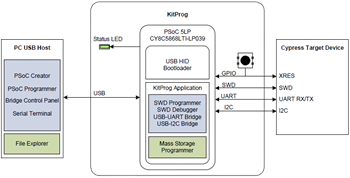 The KitProg can act as a USB-UART bridge. This feature of the KitProg is useful to send and receive data between the Cypress device on the kit and the PC. For example, in the PSoC 5LP Prototyping Kit, the KitProg USB-UART can be used to print debug messages on COM terminal software running on the PC.

To enable the USB-UART bridge on the CY8CKIT-059 Prototyping Kit, drag and drop a UART Component from the Component Catalog to the TopDesign. The Component Catalog is located along the right side of the PSoC Creator window by default. Assigns P12[6] for UART RX and P12[7] for UART TX in the Pins tab of the Design Wide Resources file (.cydwr) from the Workspace Explorer. Note: these are the pins for the USB-UART interface on the PSoC 5LP CY8CKIT-059 Prototyping Kit. If using a different kit, refer to the respective Kit Guide for the appropriate pins.

To communicate with the PSoC 5LP kit from the terminal software, follow this procedure: 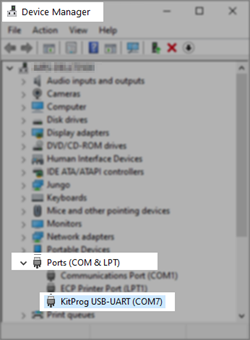 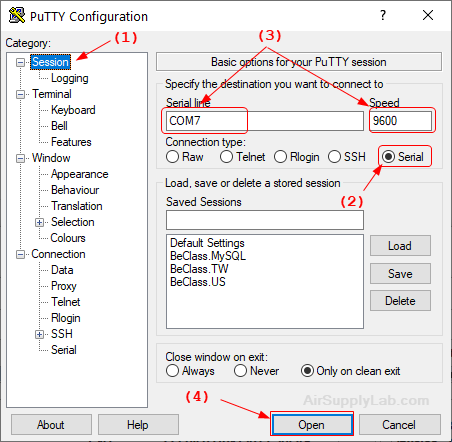 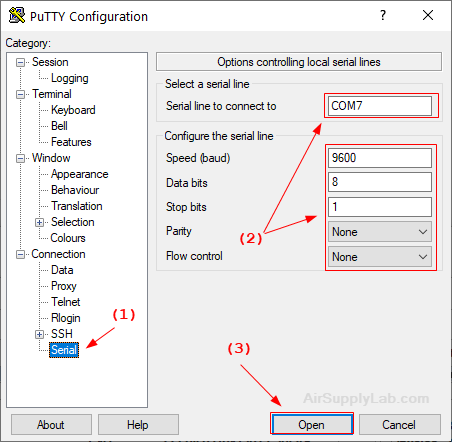 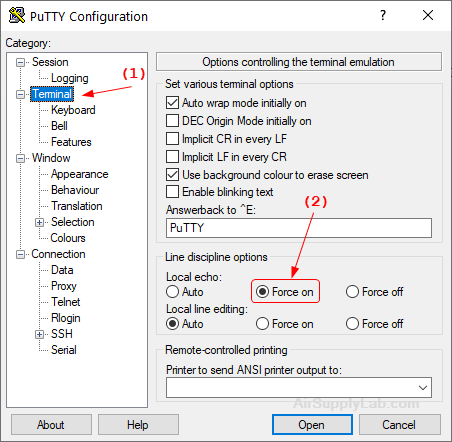 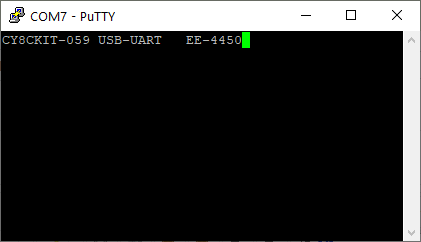 The KitProg serves as a USB-I2C bridge that can be used to communicate with the USB-I2C software running on the PC. The following steps describe how to use the USB-I2C Bridge, which can
communicate between the Bridge Control Panel software and the PSoC 5LP device.

Create a new PSoC 5LP project in PSoC Creator. Drag and drop an I2C Slave Component from the Component Catalog to the TopDesign. Select pin P12[0] for the I2C SCL and pin P12[1] for the I2C SDA in the Pins tab of the Design Wide Resources file (.cydwr) from the Workspace Explorer. Note: these are the pins for the USB-I2C interface on the PSoC 5LP CY8CKIT-059 Prototyping Kit. If using a different kit, refer to the respective Kit Guide for the appropriate pins.