The principle in this sort of division is that each subclass shares common characteristics with the class from which it's derived. Cars, trucks, buses, and motorcycles all have wheels and a motor and are used to transport people or goods; these are the defining characteristics of vehicles. In addition to the characteristics shared with other members of the class, each subclass also has its own particular characteristics: Buses, for instance, have seats for many people, whereas trucks have space for hauling heavy loads. The inheritance relationship is shown in Figure 1. 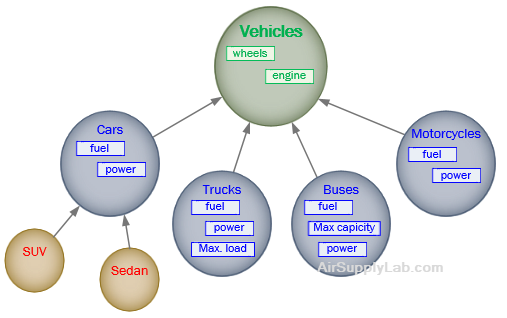 Figure 1: The Object Relationship of Vehicles

In a similar way, an OOP class can be used as the basis for one or more different subclasses. In C++, the original class is called the base class; other classes can be defined that share its characteristics, but add their own as well. These are called derived classes. The derived class inherits all the capabilities of the base class but can add embellishments and refinements of its own. The base class is unchanged by this process. The inheritance relationship is shown in Figure 2. 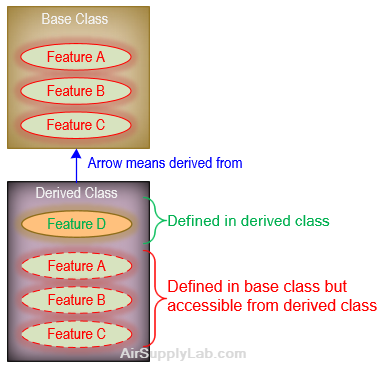 The general syntax of a derived class is:

When deriving a class from a base class, the base class may be inherited through public, protected, or private inheritance. The type of inheritance is specified by the access specifier as explained above.

We hardly use protected or private inheritance, but public inheritance is commonly used. While using a different type of inheritance, the following rules are applied:

The private members in the base class cannot be directly accessed in the derived class, while protected members can be directly accessed. For example, Classes B, C, and D all contain the variables x, y, and z in the below example. It is just a question of access. 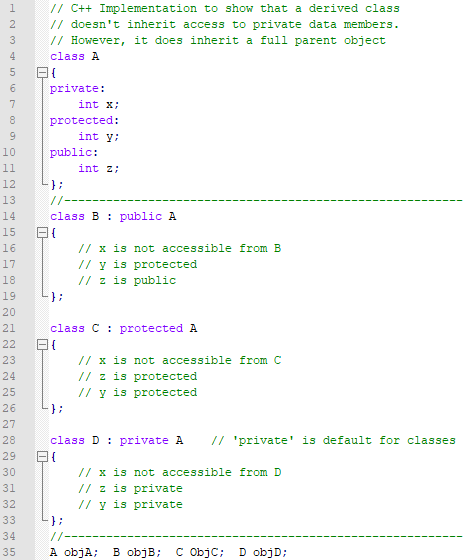 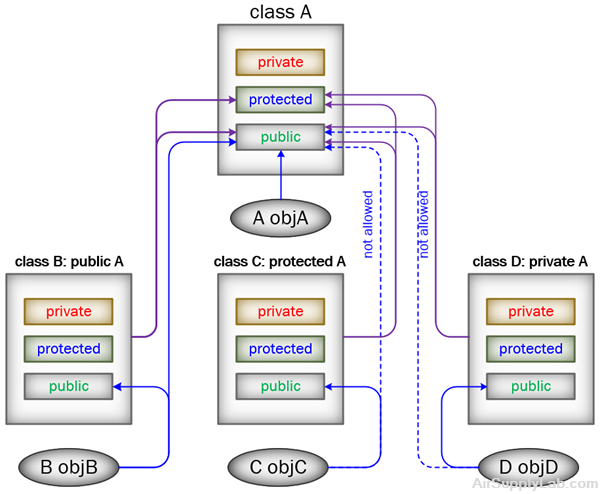 A derived class inherits all base class methods with the following exceptions:

In single inheritance, a class is allowed to inherit from only one class. i.e. one sub class is inherited by one base class only.

Classes can be derived from classes that are themselves derived.

Here's a mini-program that shows the idea:

The following code and diagram show how this looks when a class C is derived from base classes A and B.

The base classes from which C is derived are listed following the colon (:) in C's specification; they are separated by commas (,). 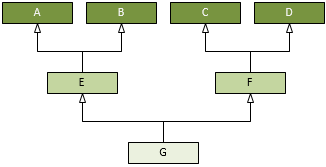 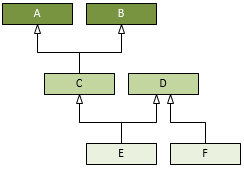 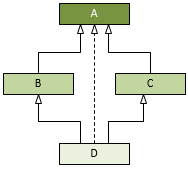 In the above example, both B and C inherit from A, they both have a single copy of A. However D inherits from both B and C, therefore D has two copies of A, one from B and another from C.

If object D needs to access the data member of A, the path from which A will be accessed must be specified: from B or C. Because the compiler cannot differentiate between two copies of A in D.

Let us create a simple code for multipath inheritance followed by the above diagram. 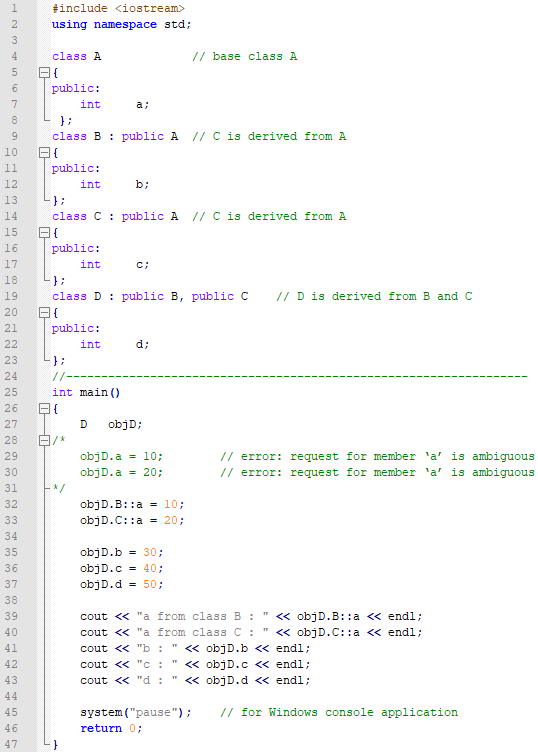 The results of the above code are shown below: