How to use a Buzzer

A buzzer is a small component to add sound features to the embedded system. They can be used to raise an alarm, observe and note the status of equipment, indicate commands, enhance user interactions, etc. It comes with 2-pin and can be easily plugged on a breadboard. 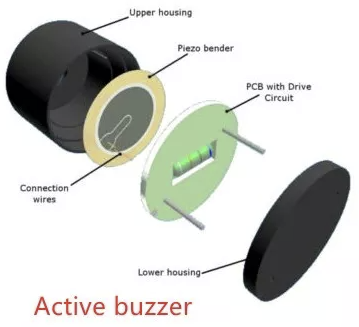 Usually, the active buzzers have a label on the top that says to remove them after washing. Here it is recommended that you leave it on the buzzer so that you can easily identify which ones are active buzzers.

Due to the oscillating circuit present inside, the active buzzers can buzz at a predefined frequency when powered by a DC source. This type of buzzer only requires an ON/OFF type of signal. This advantage allows an active buzzer to be easily controlled by a microcontroller to produce a sound without the need for processing power, hardware timer, or additional code. Active buzzers are programmed just like LEDs. You digital write the buzzer pin HIGH to turn it on and write the buzzer pin LOW to turn it off. 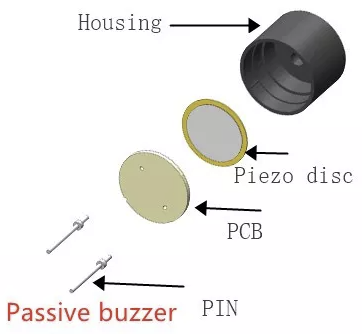 How to distinguish between a passive buzzer and an active buzzer?

There are several ways to distinguish passive buzzers and active buzzers.